There was great excitment in school today as sixth year  Luz Corrigan was chosen as the winner of a music Today FM competition with Dermot & Dave. Her friends in sixth year gathered around the radio to hear the results and were absolutely over the moon to hear her name being called out

The Dermot & Dave show recently teamed up with Kodaline to give one lucky act the prize of a lifetime; a slot supporting for them at their St. Anne’s Park concert on Saturday, June 1.

The lads called Luz during their show last week to inform the 18-year-old Ferbane songstress that she had made the shortlist of five but today, May 20, they told her she was the winner and would be supporting the Dublin band in front of 15,000 people.

Luz was chosen by Kodaline, Philip Magee and Today FM and will also receive a €5,000

Luz Corrigan’s online videos have earned her huge acclaim and attention and her cover of a Dean Lewis track even saw her picked up by the Australian singer-songwriter to support him at his Irish gig in Vicar Street.

We have known of Luz’s talent for years as her has performed her original numbers over the years at our school Christmas concerts and everybody is absolutely thrilled for Luz and this amazing opportunity that have come her way . We wish her every success as her name is becoming known in the music business. 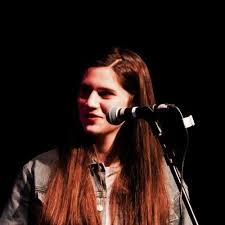