Gallen  CS  made history by winning  their first ever  Junior  Rugby Schools   title by virtue of this deserved but hard earned win  over a resilient  Jez    side in a match played in the Galway  Sports grounds on  Wednesday of  last week.  Gallen’s victory sees them atone for their loss in the 2008 final and   the victory provides a great boost for rugby in the school. Gallen led 8-0 at half time and had to withstand a serious onslaught from a Jez team who wouldn’t give up.  Ryan Heavin’s excellent try after a well worked build up put the icing on the cake before Gallen defended doggedly and held off the Jez   challenge to emerge victorious   13-7.  Gallen  had proved their worth before  Christmas by giving      old foes  Marist a run  for their  money and the  fact that the  Marist went on to win the  Junior   Cup   later in the afternoon helped to frank  the  Gallen  performance as one of  note.  Gallen arrived in the final by    virtue of beating   Loughrea [48-10] and Gort 42-10 in group games before overcoming Roscommon CBS 10-3 in the semi-final. Hopes were high for  Conor  Galvin’s troops as they made their way westward and they certainly laid  down  a marker in the opening few minutes with some excellent passing  rugby. Tom  Corcoran  , the “Jamie  Heaslip” of Gallen  made a great  line  break and brought play up to the  Jez “22”,Gallen went through the phases before  out half Colin  Kenny  crashed through the  Jez   rear-guard for a try.  Gallen 5 Jez 0 and while Gallen missed the conversion, they were in the ascendancy. Jez dug deep and began to make inroads.  A Jez chip and chase could have proved dangerous for Gallen CS   but  Gallen  full back  Ryan Heavin  dealt with the  danger well. Gallen  gained confidence from  their  ability to  withstand  the  Jez  pressure and   went on the offensive again.  Jez were penalised for an infringement and  Colin  Kenny slotted over the resultant penalty to  give  Gallen an 8-0 lead at the  break.

The  second half saw   the  Jez   come roaring   back into the  game. If a feature of  the  first half was Gallen’ s attacking play , the  second half   saw the  Ferbane  lads excellent in  defence  where they   tackled   as if  their lives depended on it.  Tackles  by Jarlath  Stevenson and  Brian  mc  Evoy  were noteworthy of  mention as  Gallen were holding a Jez team  at  bay and keeping their try line from  being crossed. Eventually , the Jez  pressure told when flanker James  Colohan scored a try under the posts  which was  converted by out  half  Morgan  Codyre.  Gallen  8  Jez  7  , game on , with the destiny of  the  Development  Cup in the melting pot.

It  needed something special to  finally see off the  brave  Jez challenge which was led  by   number 8 Conor  Greaney.  Gallen provided that  magic moment  when  Jack  ” Paul o Connell” Clancy “robbed “a Jez  line out  ball , the  ball was superbly  moved through the  backs  before Brian  McEvoy’s  super pass found   Gallen  CS’s own   Ryan  Heavin and  with   the pace of  a Tommy  Bowe , Ryan touched down in the  corner for a try. Gallen  missed the  conversion.
Jez  pressed forward  well aware that a converted try could win them the match but  Gallen held out  to  record a famous and well merited victory.

For  Gallen  Dean  Guinan ,  Darren  Buckley  and   captain Conor Kelly  were solid in the  front  row in   both tight and loose , Alex Kearns and  Michael o Shea formed a solid second row partnership and
in the  back  row , flankers  Jack  Clancy and  Jack  Quinn worked well with   number 8  Tom  Corcoran. Kyle  Higgins   directed his forwards   in  Conor  Murray like  fashion , Colin  Kenny was  Paddy Jackson  ,  Ian Madigan and  Jonathan  Sexton rolled into  one as he
was  calmness personified at out  half.

Wingers  Jarlath  Stevenson and  Conor   Owens  played their  part as did  the  tenacious  centre pairing of  Anthony  Seery and  Brian  mc Evoy whose  motto was ” Jez , you shall not  get past us !”. Ryan Heavin’s  strong  and   skilful running always  carried a direct  threat .  Hugh  mc   Lynn ,  Donal  Ryan , Diarmuid  Guinan , Oisin Daly ,  Adrian  Hynes and  Dylan mc  Donagh also played their part during the  competition.

Gallen CS was honoured  last week with a visit  from  Kerry football legend  Colm   Cooper .    Colm  visited in his  capacity as  AIB representative  as he is  very  much  involved in the  AIB   ” Build a Bank” Challenge  where schools  meet the  challenge of setting up and operating a  financial institution. Gallen CS has   qualified for the National Build a Bank final which will be held in the RDS on April 17th.  Gallen were among 4 teams out of 44 who qualified from
the Regional Finals. Thanks to Mrs Sandra McGrath for all her hard work with our “Build a Bank team. Gallen   CS  wishes to thank all those at  AIB  who  have worked so hard and  who have  given of their time to   give our  students  a great  learning   and  business experience which will help them  manage  money in today’s  society.
Colm arrived in our school at 1030 am where he was welcomed by our School in an Assembly.  Mr   Irwin  welcomed him and  Colm  then greeted the  victorious  School  Junior Rugby team who had  triumphed in  the Connacht Final  the day  before. Colm also greeted our Build a Bank   Team and their teacher Mrs McGrath. Colm was presented
with a Gallen CS football jersey   by Jack Egan a TY student who is a member of our Junior Football Team who has reached the All Ireland semi-final.
Colm  spoke about  how  school was  a great  experience for  him and how  the  skills  he  learned there such as  discipline   , team work and leadership  have stood him in   good stead.  Colm equated studying for an exam with training and said that training is like an exam, you only get out of something what you put into it.  Colm rounded off his speech by complimenting Gallen C.S. on its facilities
before concluding by wishing the junior football team the best of luck in the All Ireland semi-final.

Colm then had a meet and greet with students and staff before taking our junior football   team for a training session which proved to be an enjoyable and invaluable learning experience for our young footballers. 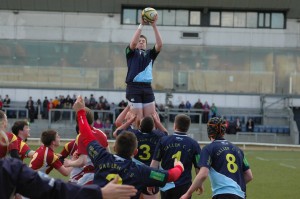 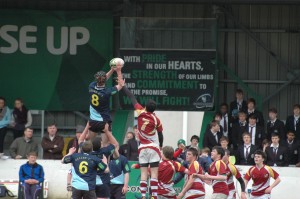 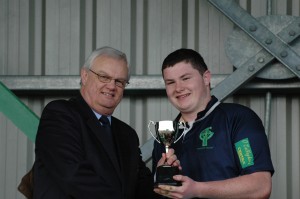 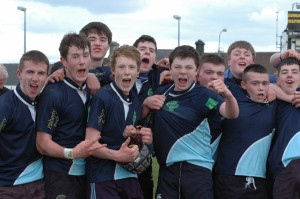 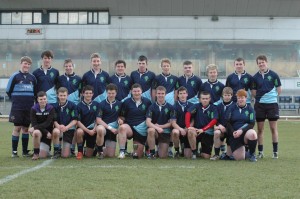 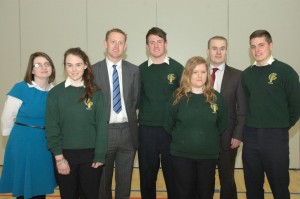 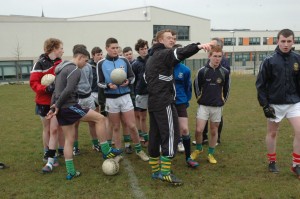 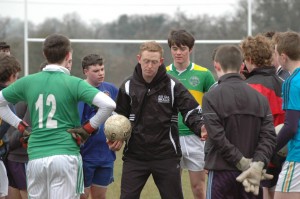 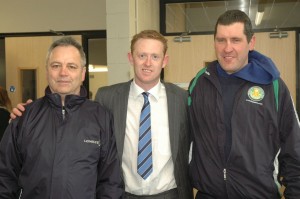