Congratulations  to our TY students and their teacher Mrs OToole who won numerous awards at the Co Offaly Schools competition held in the Tullamore Court Hotel last week. The category headings in the exhibition were as follows:” Natures Mood”, “My Environment”, ” People and the Environment” and “Wildlife and Habitat”. Winners were- In the ” My Environment” category first place went toJose Luis Rolga  for his photo ” A Bogs Life” , capturing perfectly the essence of bog life and duly recognised by the Environmental Protection Agency. Second place went to Chloe Cahill.
In the “Natures Moods” category , first prize went to Revina Devery for her photo” Warm Sunbeam”. Donal Ryan won 2nd place in the ” People and the Environment “Category and Jack Egan won 3rd place in the “Wildlife and Habitat” category for his photo entitled” It’s a long way
to the top if you wanna rock and roll!” . Colin Kenny’s portfolio entitled ” Mans Effect on the Environment” and Lucas Corrigan’s portfolio entitled” Standing Alone” won Portfolio Awards and received a digital photo frame with the category winners receiving a Panasonic camera each. Gallen CS  thanks  Photographer Andy Rimmer  who worked with our students  over a number of weeks  and Mrs O Tooled whose  hard work gained due recognition. Well done to all concerned.
[SEE ACCOMPANYING PHOTO OF GALLEN CS WINNERS – L TO R – Jack Egan,
Donal Ryan, Mrs Mary O Toole, Revina Devery, Jose Luis Rolga and
Chloe Cahill]

TY ROAD SAFETY MODULES– thanks from Gallen CS to Michael for his
enjoyable and Informative “Drive Safely” modules.

TY BUILD a BANK– well done and best of luck to our TY Students who
were interviewed by AIB representatives for the “Build a Bank”
project.

CONGRATS LEE!-Well done to Lee Byrne 5th year who was awarded overall winner of the over 16 category in the Boston Scientific, “Coding theBig Bang” National Awards. The aim of the competition which was opento all post primary students across Ireland ,was to create an informative  web based computer programme that explains the role of CERN’s Large Hadron Collider in solving one of the great mysteries of the universe. Lee will receive a cash prize and trophy as well as the chance to present his interactive game to the Boston Scientific Leadership Team at their international manufacturing facility in Ballybrit, Galway. Lee is a member of our School’s Computer Club which is run by our teaching colleague Ms Sandra Mc Grath whose input is greatly valued.

SCIENCE EXHIBITION– thanks to all those who in any way made the recent Exhibition the success it was. The Science Exhibition received great media coverage and Gallen CS was proud to host such anevent.

CONCERN TALK– thanks to Concern from Gallen CS. Their recent talk to second and fifth years was timely and well received in preparation for the annual Concern Fast.

5TH AND 6TH YEAR GROUPS  SEE ” MACBETH” IN DCU HELIX– a group of 5th
and 6th year students accompanied by their teachers Mrs Jordan , Mrs Scully , Mr Lenihan and Mr Mulhall travelled  to the Helix to witness Shakespeare’s timeless and universal tragedy highlighting the perils of vaulting ambition. Students had a most enjoyable and informative day and in the process gained new insights into “Macbeth”, the”Scottish play”.

BUZZWORX THEATRE GROUP– Thanks to  Sarah , Roisin and Stephen from the theatre company, founded in 2009,  whose Theatre in Education Show based around the topic “Tech No Bullies” focused on the relevant and crucial topic of cyber bullying and Internet safety. Our 1 st , 2 nd and 3rd years took part in an anti – bullying workshop and questions and answers session and by the end of the day had gained new insights. A very worthwhile  day was had by all.

UCAS Talk Mary Higgins a UCAs representative from Derry visited our school on 14th November and spoke to a large group of fifth years about the opportunities available to Irish Students if they apply to one of the hunderedsof English or Welsh Universities. Over 3000 students from the Republic of Ireland are currently studying in England and Wales in many different disciplines, Teaching, Science, Engineering, Nursing and Health Sciences being among the most popular. To overcome the high fees she spoke about the UK Loan application system available to Irish Students to cover full fees and students do not pay back any loans until requested by the UK government in the years after they are earning over £21K.  Mary gave a good insight into students studying at a couple of Universities Edge Hill outside Liverpool, University of West London, Huddersfield and Swansea University in Wales. It was a most interesting talk and Mary was very impressed by the level and detail of questioning by the students. Thanks to Mrs Finnegan for arranging this talk.

Engineering Talk Nicola Kelly from the Engineering Department at NUI Galway met with a group of fifth years on Wed 21st November. Nicola who is finished her studies in NUIG spoke about the range of engineering courses available in NUIG

Maynooth Open Day Mrs Finnegan accompanied a group if 30 sixth years to NUI Maynooth Open Day last Friday 23rd of November. Each student was given the talk schedule for the day and had marked which talks they wished to attend. Two students wrote the following reports:

Mathematics Lecture The mathematics lecture was  very interesting. He started the lecture by talking about the general career areas people who study maths in University go to. He said an interest in maths is essential if you want to do this course. He said that if you make a mistake in calculations you should think about how you can fix it and not about how bad you did. He showed us how Binary works and what it actually means to have a “bad signal” with your phone. He explained that there is interference from radiation and the earth’s magnetic field which alters the code and he went on to explain how the phone fixes the code if this happens in a text. Overall I thought that NUI Maynooth is a very good university and this has made me consider it as an option after school.
Matthew Murphy

SPORTS UPDATES- JUNIOR FOOTBALL ; LEINSTER JUNIOR VOCATIONAL A
CHAMPIONSHIP- GALLEN  CS 0-11 KELLS CS 2-6.
Gallen conceded a goal in injury time to lose this second group game by the minimum margin in Kells. Gallen must defeat Dunshaughlin CC in their final group game to progress to the semi-finals.
JUVENILE FOOTBALL– Despite a 5-8 to 3-8 defeat against a physically stronger Granard side in their final group game, our Juvenile team have qualified for the North Leinster semi-final. Their opponents are unknown at time of going to press.
BASKETBALL-we are all looking forward to seeing our school team play in the All Ireland semi-final. At the moment the semi-final against Pobail Scoil Inbhear Sceine Kenmare Co Kerry is pencilled in for January 10 or 11 2013 in the University of Limerick Sports Arena.We
will keep you posted as the semi-final date nears. Ms.Mc Keogh and her team are hard at training. 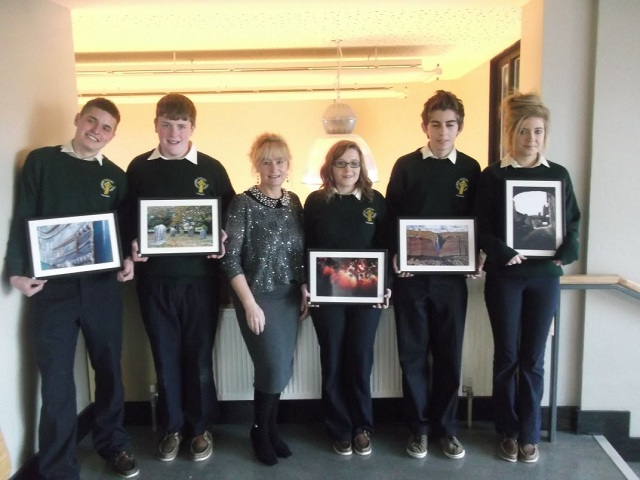