Criteria; Award based on  best results in 10 subjects at  Higher level in Junior Certificate 2016.

Award presented by  Mrs A Gavin and Mr Joe Grennan.

Mrs Finnegan then introduced  the  ETB  and Senior Awards  with Mr Eamon Dooley representing one of our trustees, Laois Offaly ETB.

Criteria ; Best result in the subject at Leaving Certificate.

Award presented by  Mr Micheal Mac Cartain to  Mrs Mary Devery representing   her son Jack and Mrs Dora Corcoran representing her son John. Both students were unable to get off college for the presentation.

Criteria ; Award based on  best Leaving Certificate Result  and imagination ,  creativity and willingness to learn.

Award presented by Ms Michelle Sugrue who spoke with great  feeling about how proud she was of her family links to our school and how this award perpetuates the memory of the late John Sugrue.

Criteria ; Award given to the students  who received over 500  points  in their Leaving Certificate exams 2016.

BOARD OF MANAGEMENT SCHOLARSHIP

Criteria ; Award given to the  student who received  the highest   Leaving Certificate Result in 2016 exams.

Winner; Eimear Flynn who got 605 points in her Leaving Certificate 2016.

It was then time for Guest of Honour Johnny Murtagh  to address the audience.

In a witty but thought provoking speech  he talked about the importance of a positive mental attitude and acting well  about seeing the positive in what seems like a very negative situation. He asked the audience of students  to have faith in themselves , to show self belief and  to  get ” out of fourth gear and out of your comfort zone” as he put it. He reminded the audience to give life their best shot  and spoke of how his faith and his family  had carried him through some dark chapters in his life. Johnny asked the audience to adopt an attitude of gratitude in life and to live the here and now. He concluded by congratulating the school on all its achievements in the academic and extra curricular spheres and wished all at Gallen CS the very best in the future.

Mrs Finnegan in her closing words spoke of  how importance it is that we acknowledge academic  excellence as we celebrate small achievements during the year alongside our great extra curricular and sporting successes.  She asked the students to give   of their best in all aspects of  school life , the academic , the extra curricular  echoing words expressed earlier by Mr Kevin Gavin. She thanked all the parents , students past and present and the staff for the great collegial spirit in the school ,Mrs Evelyn Breen for her work in sourcing the awards and Mr O  Neill  for his assistance in photographing the awards recipients  and for  putting together an excellent  compilation  of racing clips of Johnny Murtagh’s  achievements as a jockey.   A most enjoyable  Academic Awards Ceremony concluded with  the customary refreshments where Johnny Murtagh gave freely of his time  to talk to students and parents over a cup of tea!

The full collection of photos can be viewed in the Gallery section of this website. 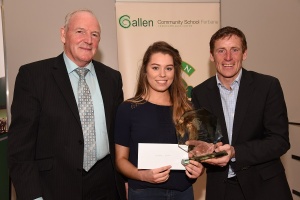 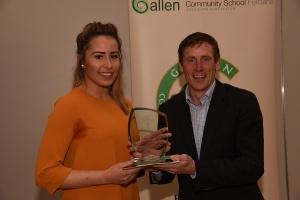 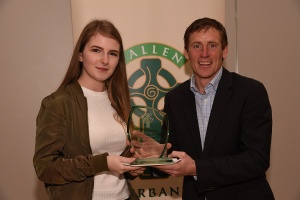 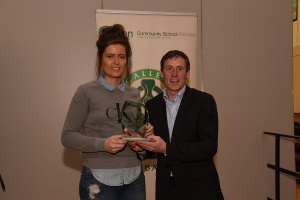 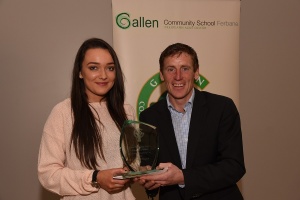