Last week saw students from Saint Michel College near Lyon visit Ferbane and our school last week. Staying with local families the 25  eleven and twelve  year olds got to sample classes with first and second years from Tuesday to Friday and thoroughly enjoyed the experience.  They joined in , practiced their English and got our students to practice their French in a number of different classes including Maths, Business and all the Language classes. They also got to do an extended period in Woodwork and Home Economics which they do not have classes in  back in France. They also did a two computer classes and got to learn the “Seige of Ennis”. Thanks to teachers and students for assisting to make this visit such a success. A special thanks to KK Kenny for facilitating this visit, the families in Ferbane who took the students  and thanks  to the Transition year students who organised the Treasure Hunt in Boora, taught the “Seige of Ennis” , helped out in cookery classes and accompanied them to Clonmacnoise. We are pleased to announce that we have discussed an exchange programme with them and the two teachers are bringing back proposals to their school principal .

It was a hard fought win for Gallen CS in their Junior Development Cup semi-final win over HRC Mountbellew in Ferbane on Thursday. In difficult weather conditions and playing against a stiff wind for the first half, Gallen did well to be up at half time 3-0 thanks to a penalty kick to Stephen Buckley. Despite a lack of possession and field position, Gallen, led by Darren Buckley and Alex Kearns, doggedly defended their try line after repeated attempts to score. The second half started like the first with HRC again having the better of the field position and Gallen showing determination to deny HRC a much needed try. In the 45th minute Gallen worked their way up the field thanks to a win against the throw by Connor Kenny and the ensuing drive earned them a penalty 35 m out and near the sideline which Stephen Buckley slotted over taking the score to 6-0. After losing possession on the kick off Gallen were again put under a long period of sustained pressure by HRC with some brilliant last effort defence from Kyle Higgins and Jack Quinn preventing a certain try. Two minutes later, however, Gallens’ defence finally cracked and a try was scored in the corner which fortunately was not converted, taking the score to 6-5 with 8 minutes left to play. Finally, through some aggressive defence, HRC turned over possession and Gallen applied the pressure with controlled and disciplined attack which saw Ethan Rowe-McCormac crash over for a try just before the full time whistle. The conversion was missed taking the final tally to 11-6. This win sees them through to the final against Gortnor Abbey at the Sportsground in Galway next Wednesday. 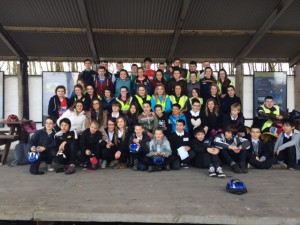 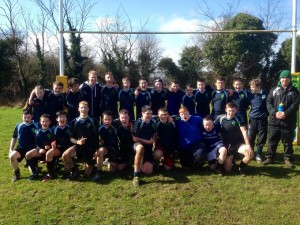