We have offered a study facility for Third and Sixth year students and this year we have extended it to the second week of Easter . It is available Mon 10th – Thurs 13th and Tues 18th to Friday 21st from 10am to 3p.m.

Last week 2A students held a cake sale for Temple Street Childrens Hospital as part of their CSPE class project. There was a terrific display of cakes for sale to both staff and students and a great effort was put in by all.

To raise awareness of World Autism Day the  students in our Autism Centre asked if all students and teachers could wear Blue past Friday which we all did. Mrs Finnegan raffled an Easter Egg for every student in each year who wore blue. Many teachers poek to their classes and showed a short selected You Tubeclip in classes also.  The students in the Cluny Centre enjoyed a small party on the day . Some of the pictures are posted below

All players played brilliantly with team 1 qualifying for the All-Ireland finals. Shane Murphy and Sean Flynn had the best scores of +6 while Darragh Flynn also had a great score of +7 for 36 holes. Shane and Darragh are also keen golfers and play golf at Birr golf club. Sean Flynn had the best 18 holes with an impressive -4 under par.

Preparations and practice have already begun and we wish them well in the All-Ireland finals at Tullamore on Friday the 5th May.

Pictured below are the three teams and also one of Adam Nugent teeing off at Leinster P&P finals and Shane Murphy taking a difficult putt on hole 15 at Rochfortbridge pitch and putt club. 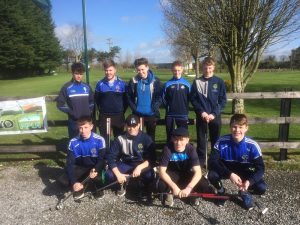 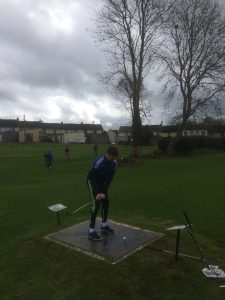 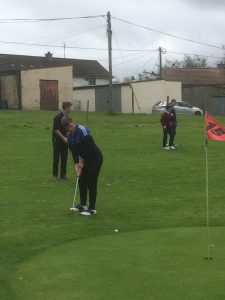 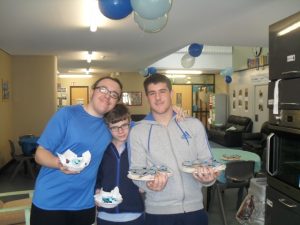 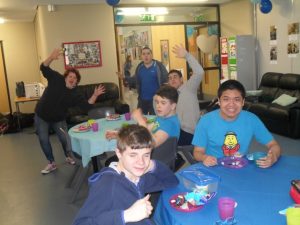 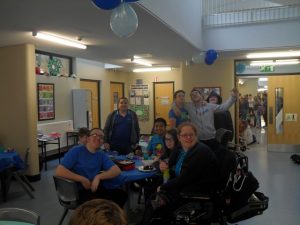 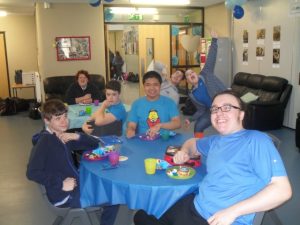 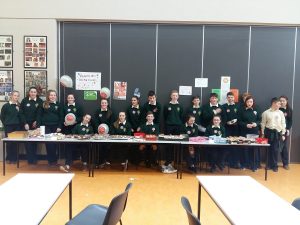