This was the school’s 24th production since its first musical ” Oliver” was performed in  1994.This years musical ” My Fair Lady ” proved a great success and continued the high standard  of previous years.

Sean Flynn was excellent as Professor Henry Higgins as the Professor of Phonetics  pledges to  turn Eliza Doolittle  [expertly played by Sophie Gilson,] from  a  Cockney flower girl  into an elegant lady. There are a few mishaps along the way notably at Ascot  Races but in the end Higgins realises he loves Eliza  and is sorry for his treatment of her. Cathal Flynn was excellent as the roguish  Alfred P Doolittle. Aron Mc Cabe reprised the role of Colonel Pickering with great relish. Lucy Egan played the stern but well- meaning role of Mrs Higgins as a mother’s wish for her son to get married is combined with careful mothering of Eliza.

All the work of the TYs, second and first years  on stage was backed by the rest of the TY team who got sponsorship, sold tickets, worked as ushers every night, painted sets, did stage crew etc. Well done to all involved.

The students would like to particularly  mention Mr Michael McCartain,  Ms Reynolds , Mrs Breen and Ms Ryan for all their work with them .

Among the Activities on the  Day were quizzes for first  to third  years and students involved in the School Ambassador Programme gave out free  Miwadi Orange and Jaffa Cakes to all the students at break time.

Gallen  found the going tough in the first quarter against a physical  Mullingar team. Gallen forged ahead in the second quarter and this laid the foundations for the win. 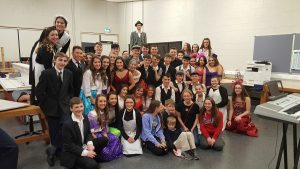 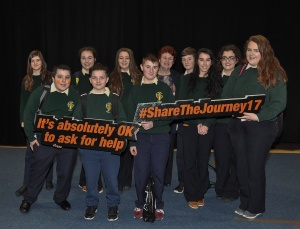 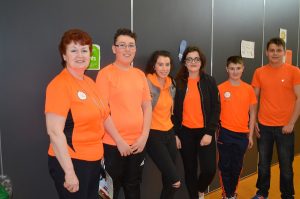 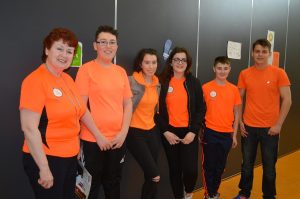 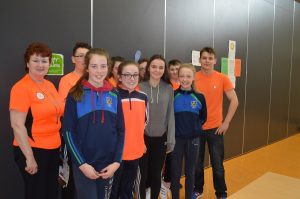