NOW OPEN:  A new Garda Síochána Recruitment Campaign has been launched by the Minister for Justice Frances Fitzgerald on the 11th of May 2017. Trainee Garda recruits will be selected from the new campaign which is being run by the Public Appointments Service (PAS). The closing date for applications is Thursday 1st of June 2017. Applications can only be made through the Pubic Appointments Service on their website .

Carrerservices.ie helps students to prepare to succeed in the each of the stages of the Garda recruitment campaign. They are the only provider of online practice tests  and if a student is serious about their application they should look at their website www.careerservices.ie

Last week the Transition year class enjoyed a full packed 4 day trip to Paris with some of their teachers. They got to visit all the well known sites of the city including Montemarte, Sacre Coeur , Notre Dame, The Lourve Museum, the Eiffel Tower and also Mount Parnasse tower and Stade de France. They also enjoyed a day in Disneyland park and studios . A big thanks to Mr Dunican for organising this memorable trip. 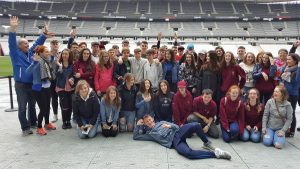 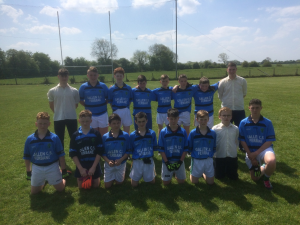