Last week in Gallen  CS Ferbane  a  fund raiser in aid of the   victims of  Typhoon  Haiyan in the  Phillippines took place.Alyssa Saranza a sixth year student [   a native of the  Phillipines] and  Amy Dunne along with  Chaplain  Mrs  Evelyn  Breen  and  Deputy  Principal  Mrs Ursula  Finnegan organised a full week of  fund  raising  called” Faith for  the  Filipino”.

On  Tuesday Filipino  coloured  bracelets and  rings which the  girls  made themselves were sold. On  Wednesday  raffle tickets were sold for  a   raffle that would take place on  Friday.

On  Thursday  a  bake  sale    took place and on  Friday  a ” Mad  Hat   Day”  took place The  girls  raised  a 1000 euro for   the  victims of the  typhoon and this  money will go to  Red  Cross  Ireland. Thanks to students, staff and parents who generously contributed to making cakes and contributing to the fund.

CHRISTMAS  GIFTS AT  CLUNY!  The  Cluny  Unit  of  Gallen  CS  are  making  and selling  Christmas  Cards and  selling Christmas  wreaths  in aid of  the  Cluny  unit.   Tickets for our  Christmas raffle with its super prizes are also on sale.

NORTH LEINSTER  JUNIOR  FOOTBALL    CHAMPIONSHIP ROUND 1-  GALLEN  CS 2-10 PORTLAOISE CBS 1-7Gallen  with   Ryan  Heaven in super form got off to  a winning  start in this  match played last  Thursday in Ferbane.  Cain  Johnson’s  goal  closed out the win.  Next up is  Moate  CS . 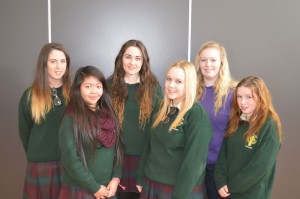 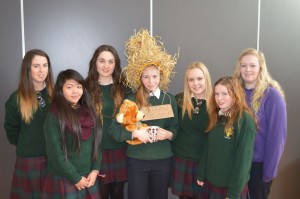 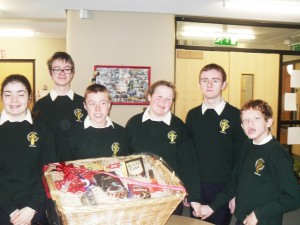 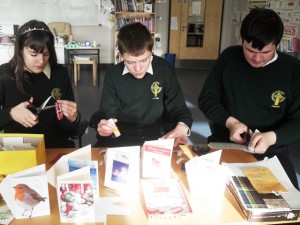 THIRD YEAR  CSPE TRIP- took place to  the Custume   Army  Barracks  last  Friday  .  Students enjoyed a trip  around  the   barracks and  listened to  a  talk  by  Lieutenant Sean  mc  Gourty on  UN   Peace  keeping  Missions involving   Ireland.The  trip  will be  of  invaluable  benefit to  students as they complete their CSPE  Action  Project   for their  Junior  Cert.   Many  thanks  to  Lieutenant  McGourty for  his  time  and effort with our  group.