Gallen Community School beat Athlone Community College in the final of the Top Oil Junior Development Schools Cup in the Sportsground on Wednesday after a hard fought encounter. This was Gallen CS third victory in the Junior Development final in 4 years after winning the deciders of 2013 against Colaiste Iognaid and 2014 against Gortnor Abbey. Athlone CC had the first chance of the day after just five minutes but the penalty kick bounced off the upright to deny them the score. Five minutes later it was Gallen who got the scoreboard ticking when out half and captain Sean Flynn rounded the Athlone defence to score wide on the right hand side. Gallen enjoyed the lion share of possession in the first half but Athlone’s dogged defence and tenacious counter rucking kept them at bay and the first half finished five nil to Gallen. Gallen piled on the pressure in the second half and after a long period camped in the Athlone half, prop Ruairi Carroll crashed over for the second try of the match. The conversion brought the score out to 12­0 and when out half Flynn kicked a penalty with five minutes to go there was no coming back for the Athlone side. In what was a dominant team effort from the Ferbane school, the final score at the Sportsground was Athlone CC 0­15 Gallen CS.The cup was presented to captain Sean Flynn amidst jubilant scenes from the vocal Gallen supporters, well done to Mr Mc Grath and Charlie Couper for all their work with this talented bunch of lads.

Meanwhile on the same day we had success at Sci-Fest in Athlone. 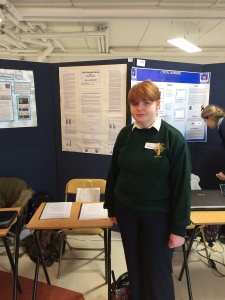 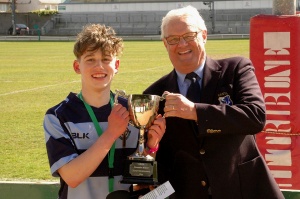 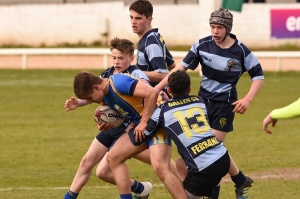 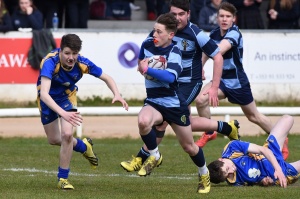 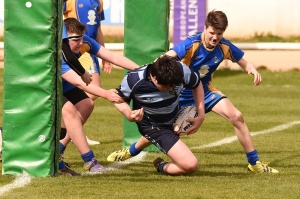 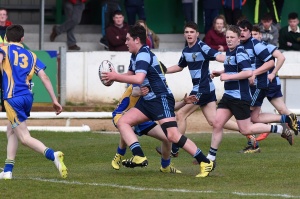