On the 14th of October, Gallen Community School took part in Comhrá ’16 organised by Conradh na Gaeilge to break the world record for the longest continuous Irish conversation. Second year and sixth year students held a conversation for a full hour on-line. Various schools, universities and Irish groups from Cork to Canada took part on the day. Gallen Community School was the only school to take part in Co. Offaly. The students thoroughly enjoyed the day and boosted their confidence to speak as Gaeilge. Our effort also helped break the world record by having a continuous Irish conversation which lasted over 170 hours. What an amazing achievement!

As well as Comhrá ’16 Gallen Community School also took part in Gaeilge 24 on the 15th of November. As part of this challenge, students pledged to speak as Gaeilge only for 24 hours – Irish at school, in every class, at home, at the shop, with their friends and family. 107 students from Gallen Community School joined over 30, 000 students from all across the county who took part on the day. Students did their upmost to speak whatever Irish they had on the day and they raised money for Conradh na Gaeilge – an organisation that work to promote the Irish language. The students had great craic on the day and wore Gaeilge 24 t-shirts to show everyone the challenge they were undertaking. The day motivated Gallen Community Students to speak as Gaeilge and showed them that Irish is a living language and something to be proud of. Students have really enjoyed and benefited from all these Irish events at Gallen Community School. Beatha teanga í a labhairt!

Last Sunday alsp saw the annual John Paul 2 Awards been given to students in recognition for their vvoluntary work in the parish and local community. Congratulations to all the students who were presented with Awards from Bishop Frances.

Following on his successful visit to our school two years ago, Mrs Breen invited inspirational speaker Jason Maupin to our school last week, Jason spoke to the entire group of fifth years about his life and said  ” Like so many other students I grew up not being able to depend on some people that I should have been able to depend upon for support and encouragement. Fortunately there were also some key people in my life who motivated me to make right decisions and pursue my goals “. He encouraged young people not to look for solutions in alcohol and drugs and trying to be popular but go to the people around them that cares  and will give support and understanding when they need someone to talk to.  There is no shame in seeking but within families, the  school and the community there are always people you can depend on. 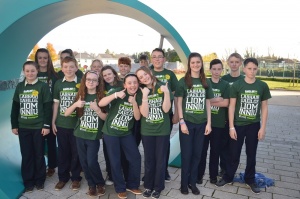 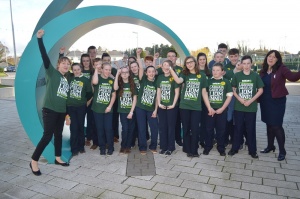 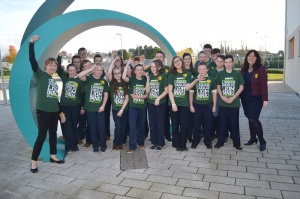 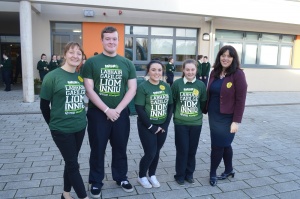 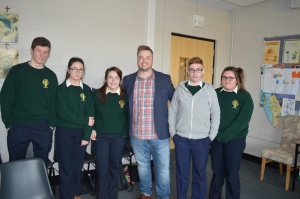 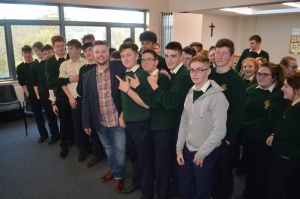 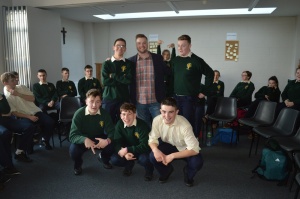 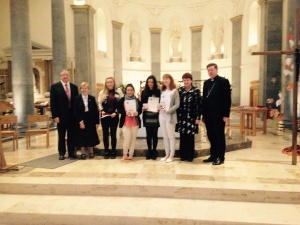